Welcome everyone :) Things may be a little slow at the moment as I am in my last few months of school so I am swamped with work and exams but if you had time to leave a comment it would make my day!


Jackson Meyer has thrown himself into his role as an agent for Tempest, the shadowy division of the CIA that handles all time-travel-related threats. Despite his heartbreak at losing the love of his life, Jackson has proved himself to be an excellent agent. However, all that changes when Holly—the girl he altered history to save—re-enters his life. And when Eyewall, an opposing division of the CIA, emerges, Jackson and his fellow agents find themselves under attack and on the run.

I really enjoyed Tempest, the first book, and whilst I feel Vortex wasn't quite as good I did still really enjoy it.

Vortex deals with the aftermath of Jackson's sacrifice to protect Holly. It was really heartbreaking to read about, especially as Holly is reintroduced into the plot. Cross convincingly dealt with Jackson's mixed emotions and conflict Jackson felt towards Holly, toying between doing what he thought was right and what he really wanted. As the story progressed the line between right and wrong merged.

There were lots of shocking revelation in Vortex that I wasn't expecting. I was definitely surprised by the plot twists and I don't think I saw any of them coming. It was really refreshing to be surprised in a book instead of being able to see the plot twist from a mile away.

The same issues I had with Tempest were present in Vortex. Vortex is a 435 page book which I have no problem with (I've read books with higher page counts) but you can really feel it. It does feel very dense and heavy and I struggled reading it for a long time. It is definitely YA but it has a very adult feel to it in its heaviness. The heaviness is also probably in connection with the confusion I feel when reading the series. The time travel aspect gets fairly convoluted and I do struggle to follow. At time I do just skim over the details, only focusing on the essential aspects to the time travel.

Despite a few negative I do enjoy this series and if you like sci-fi and time travel with a fairly contemporary feel that I would recommend this series.
Posted by Alice at 1:42 pm 1 comment:

I am a bit late doing this but I really wanted to share my reading and blogging resolutions with you.

1. Read 75 books. I am hoping I will be able to read 100 but I will be happy with 75 this year.
2. Get my TBR pile at home down to 250 books. I'm at about 300 so I would like to read or get rid of at least 50 books.
3. Not buying any books this year. My TBR, as you can see, is far too huge and I feel awful for neglecting my books I bought.
4.I will only read review books and books that I own so no borrowing books!
5. A slight exception the rule above. My boyfriend and I are at different universities at the moment so we thought it would be fun to choose a book a month to both read and then talk about it. I will probably be borrowing a few books for this as we don't have massively similar tastes in books.

1. Blog twice a week. I will be posting mostly reviews as my time is limited and these are what I would prefer to post.
2. Write reviews of books fairly shortly after I read them, within a few days.
3. Connect more with people on twitter and blogs. I have really missed the book community!


"I pause to look around the hive – all the podlike chambers are lit up as the drones shoot up on memories… I’ve wanted to get out of here before, but now the tight quarters start to choke me." Felicia Ward is dead. Trapped in Level 2, the waiting room between Earth and Heaven, she spends endless days replaying memories, of her family, friends, boyfriend…and of the guy who broke her heart. The guy who has just broken into Level 2 to find her…Felicia learns that a rebellion is brewing in Level 2, and it seems she is the key. Suspended between Heaven and Earth, she must make a choice. Between two worlds, two lives and two loves. A choice that will change everything…

Level 2 is a really interesting, unique look at the afterlife and religion in general which I really enjoyed.

Right from the get go, Level 2 is extremely fast paced. It completely sucks you in and I was flying through it. I felt the pace lagged a little for about 50 pages at the 60% mark but it definitely picked up again at the end.

I liked how Felicia is such a flawed character. She is by no means perfect and despite disagreeing with some of her actions you could see her remorse which still allowed me to connect with her. Through the use of flashbacks (which I loved! It was done so well here) you could see her past mistakes and as she reflected on them you could see such growth.

The love triangle didn't feel too much like a love triangle for me. Julian didn't even feel like a contestant in the game as it didn't even seem like Felicia had conflicting feelings over who she liked. It was clear it was Neil that she loved and through that he was the one I was rooting for. He is a bit sickly sweet but I felt he was extremely sweet and likeable. Julian, though I didn't find him to be a huge part in the love triangle, was an enjoyable character to read about and I did really like him.

The religious aspect was really thought-provoking. Neil is very religious which is where some of the religion in the book comes in but the whole idea of Level 2 being the middle ground between Heaven and Earth brought about some interesting ideas.

The reason for docking off half a star is the pacing in the middle. The fact that there was a lag and I did struggle to make it through a chapter in one sitting meant that it wasn't quite four stars for me.

If you are looking for something unique and interesting then I would recommend Level 2. It is an intriuging look at the afterlife, religion and death.
Posted by Alice at 12:00 am 1 comment:

Hello :) Long time no see. This is just a quick hello to let you know I am still alive and I'm still blogging, I just needed a break and there will be a post up on Monday so look out for that! 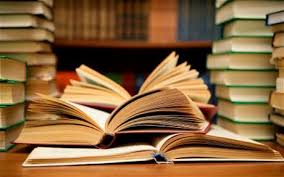 My To Read Pile